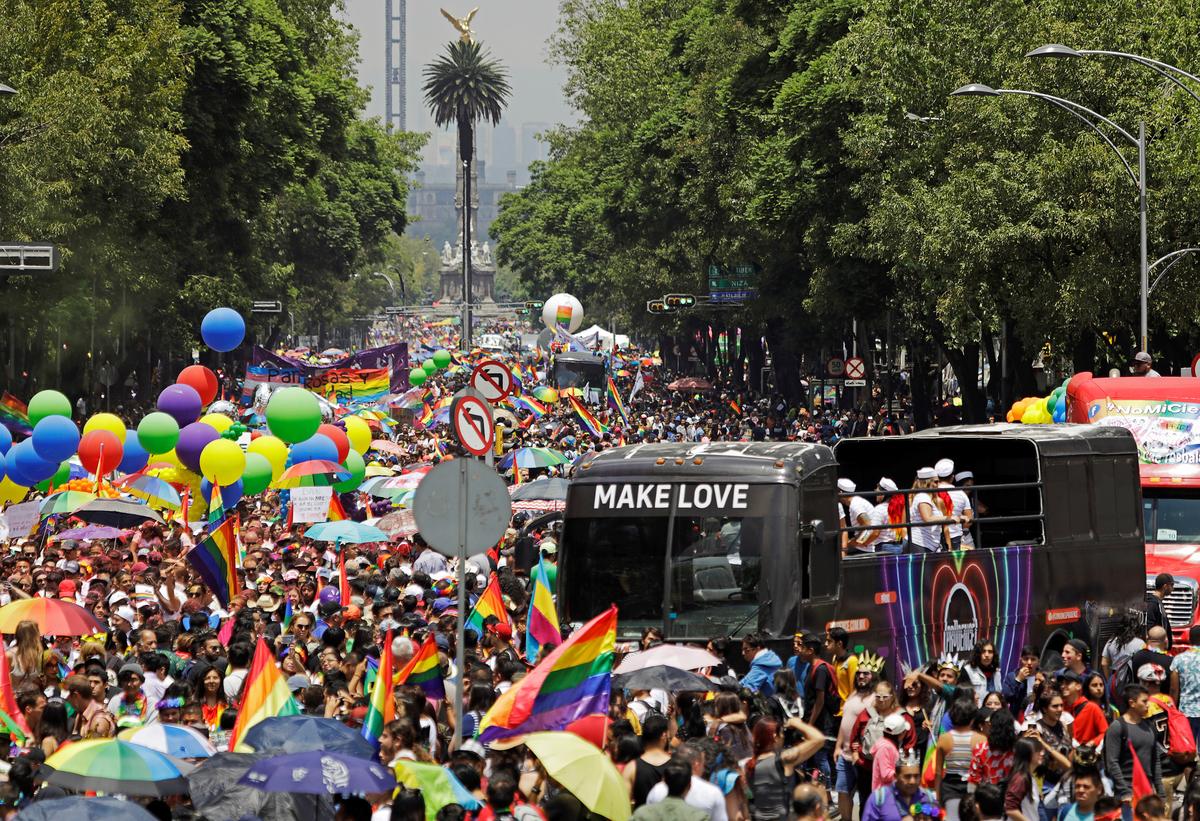 MEXICO CITY (Reuters) – Tens of thousands of people paraded through the streets of Mexico City on Saturday to celebrate the capital’s growing role as a beacon of tolerance for migrants fleeing persecution for their gender and sexuality in Latin America.

Clowns on stilts and drag queens in stilettos towered over the crowd filling the city’s Reforma boulevard for the 41st annual pride parade, while revelers pushed past policemen to join the throng of bright flags and gaudy outfits.

The first Latin American capital to legalize gay marriage a decade ago, Mexico City has become a bastion of progressive causes in a country whose border cities have been under increasing scrutiny for their treatment of vulnerable migrants.

“Here, I feel free compared to my own country, which is very repressive,” said Daniela Morillo, 25, a lesbian in rainbow garb who left Venezuela to marry her partner.

Above her, a panoply of balloons hovered over the crowd, as peddlers offered cold drinks and…