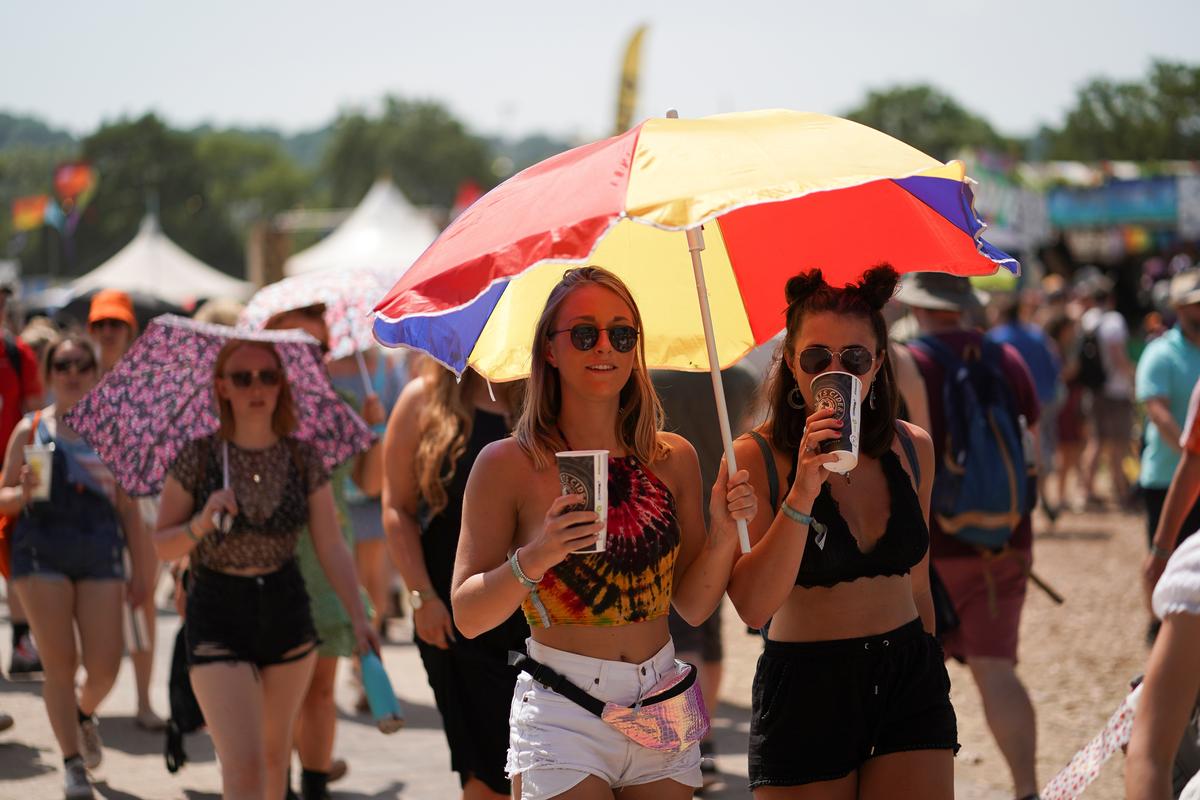 GLASTONBURY, England (Reuters) – Britain’s Glastonbury Festival is greener and cleaner after banning the sale of single-use plastic bottles in the hope of inspiring long-term change – even in the middle of a heatwave that forced some music fans to queue for water.

Ticket holders were encouraged to bring their own reusable bottles or to buy a metal canister, which could be refilled at water stations around the site.

Long queues formed at some locations as people tried to keep hydrated in blazing sunshine at Worthy Farm in southwest England on Friday and on Saturday, as the temperature hit 25 Celsius (77 Fahrenheit).

But most festival-goers remained good natured and said they supported using less plastic. About 1 million single-use plastic bottles were sold on site in 2017, organizers had said.

“We’ve never once not been able to fill up, and it’s lovely ice-cold water – so what else would you want?” said Amanda Hawkins from Bristol. “So – no problem at all.”