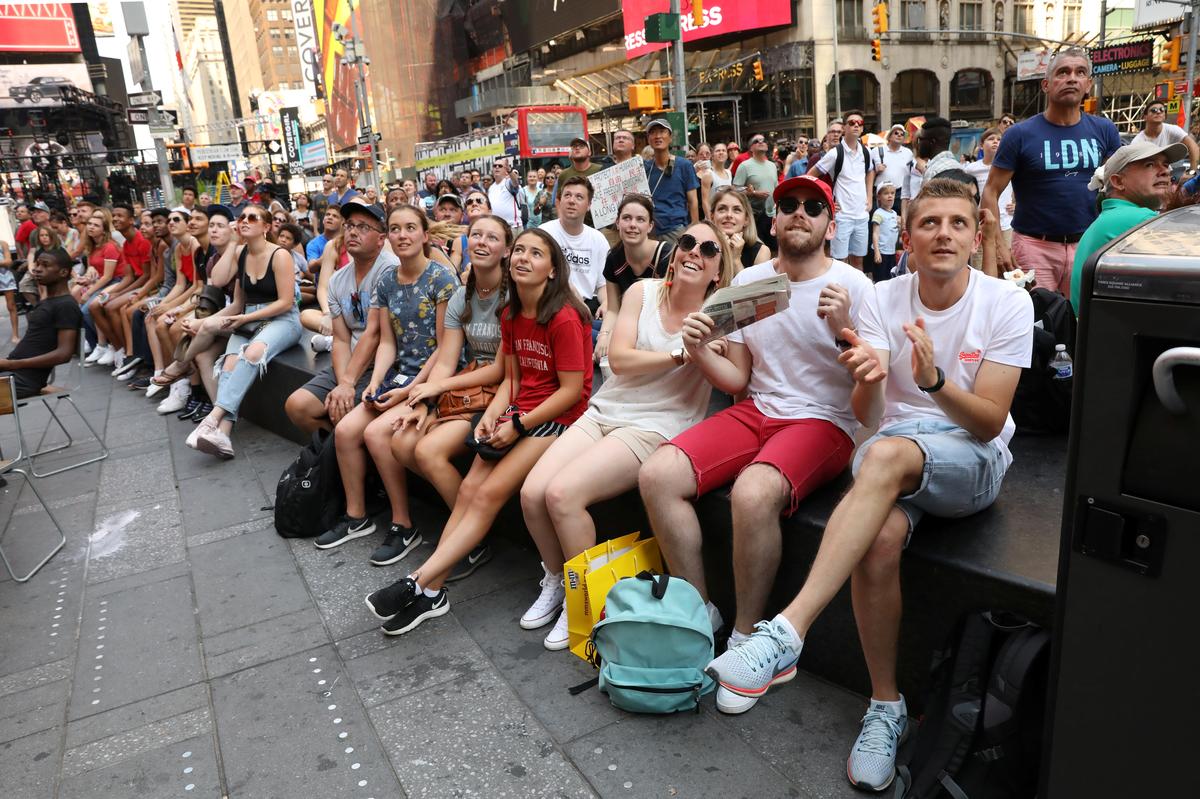 (Reuters) – A throng of soccer fans, office workers and curious tourists crowded into New York’s Times Square on Friday afternoon to watch a giant screen show the United States defeat France in one of the hottest matches in the history of the women’s World Cup.

The quarter-final game, pitting the No. 1 seeded Americans against the host of this year’s World Cup, was considered the best matchup yet in a tournament that has generated unprecedented excitement and TV ratings for the women’s game.

The crowd that filled the square, best known for its annual New Year’s Eve celebration, watched the Fox Sports broadcast on the largest TV display in the world, mounted on a skyscraper at the head of the so-called Crossroads of the World.

Most of the fans in Times Square were rooting for the powerful U.S. national team, and they were not disappointed by the 2-1 final.

Sitting on one of the improvised seating areas clad in a red, white and blue jersey, Alex Schnur followed the U.S….