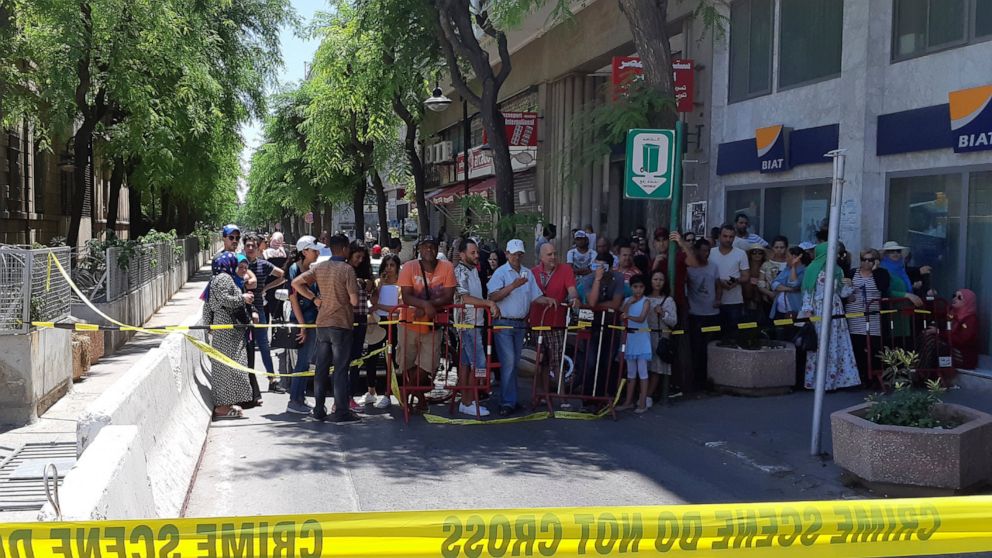 Tunisia has been struck repeatedly by terror attacks, threatening the country’s relative political stability in the region. Thursday’s bombings came as the country’s 92-year-old president, who had been released from a brief hospitalization less than a week ago, was rushed again to the hospital after being struck with a “serious illness.”

The Islamic State group claimed responsibility for Thursday’s attacks through its Aamaq news agency. It was unclear whether it was an opportunistic claim.

One attacker detonated explosives in a busy commercial district near the French embassy shortly before 11 a.m., apparently targeting a police patrol. One of the officers died from his injuries, and another was injured along with three bystanders.

At nearly the same time, a second bomber struck at an entrance to the anti-terrorism brigade on the…