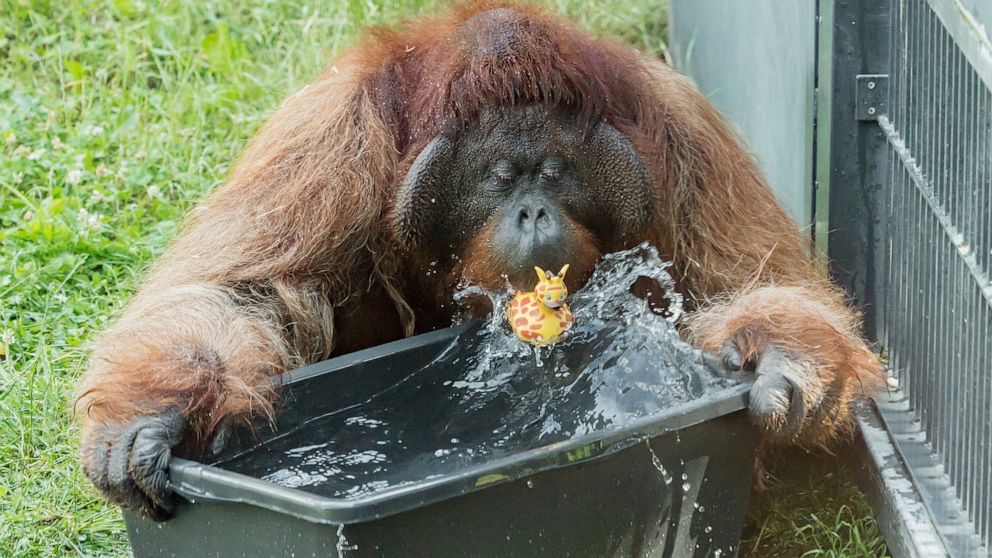 Orangutans at a Vienna zoo got buckets of water, lemurs in Rome enjoyed fruit icicles and a polar bear took to a pool in Germany as much of Europe sweltered Tuesday in an early summer heat wave.

Authorities warned that temperatures could top 40 degrees Celsius (104 Fahrenheit) in some parts of the continent over the coming days, the effect of hot air moving northward from Africa.

French Health Minister Agnes Buzyn said more than half of France is on alert for high temperatures Tuesday and the hot weather is expected to last until the end of the week.

“Heat waves are going to happen again, we know it, and maybe intensify in the next years and decades because of the climate change,” she told reporters following the government’s weekly Cabinet meeting.

France is still haunted by the experience of a 2003 heat wave that killed an estimated 15,000 elderly in the country. The government has since put in place numerous prevention measures including having local city halls contact…