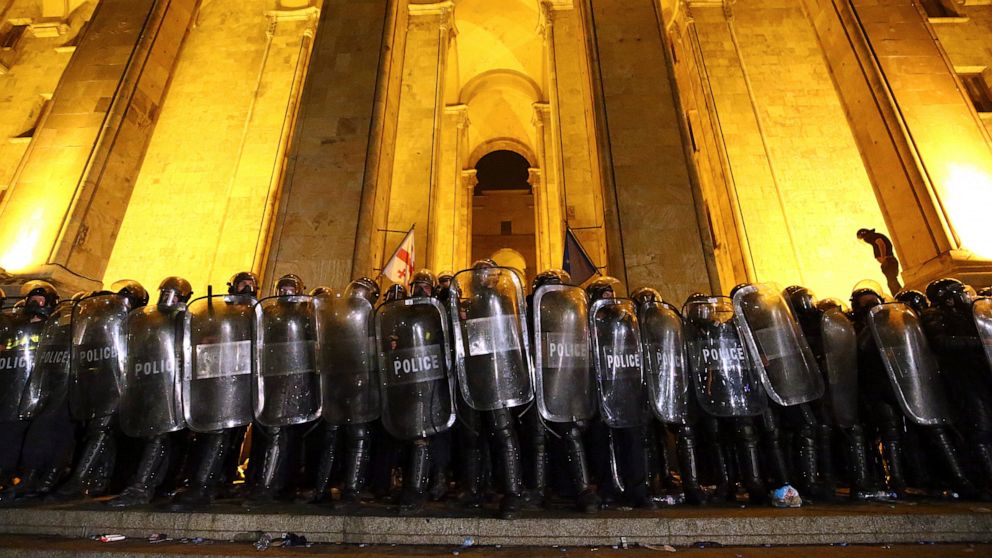 Thousands of demonstrators crowded outside Georgia’s parliament Saturday night for the third straight day of protests that have kindled tensions in the country and prompted Russia to block air connections with its neighbor.

The throng was mostly orderly but insistent in its array of demands, including the resignation of the interior minister over harsh tactics by police in breaking up a rally Thursday in which at least 240 people were injured. The speaker of parliament resigned Friday.

The protests were ignited by the appearance of an official Russian delegation in the Georgian parliament building as part of an assembly of legislators from Orthodox Christian countries.

Animosity toward Russia is strong in the wake of the 2008 war in which Georgia lost control of two Russia-backed separatist territories. Russia now considers those territories independent, but has established a military presence there and Georgians refer to them as Russian-occupied. The protesters consider…