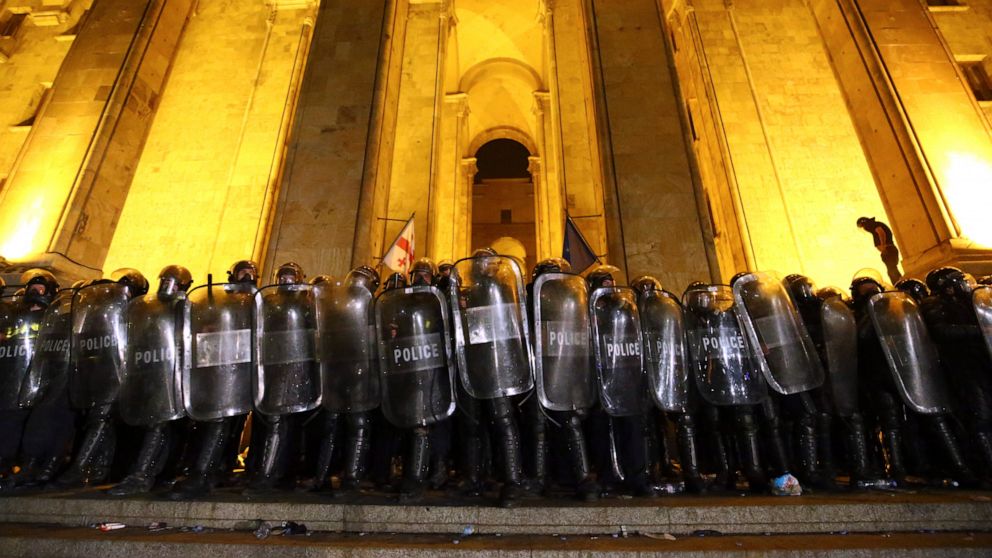 The speaker of Georgia’s parliament stepped down Friday in the wake of violent clashes that left at least 240 people injured, but the move failed to assuage protesters, who returned to the streets demanding that the interior minister also step down over a brutal police response.

A night of clashes Thursday was sparked by a Russian lawmaker who took the speaker’s seat as a group of international lawmakers met at the Georgian parliament in Tbilisi. It angered the opposition, which sees the current Georgian government as overly friendly to Russian interests.

The protests mark the largest outpouring of anger against the ruling Georgian Dream since it took power in 2012.

Officials said at least 240 people were injured when riot police fired rubber bullets and tear gas and unleashed water cannon on protesters outside Georgia’s parliament building during the clashes that lasted into early Friday. More than 100 people are still in the hospital, and two people lost eyes because of the…