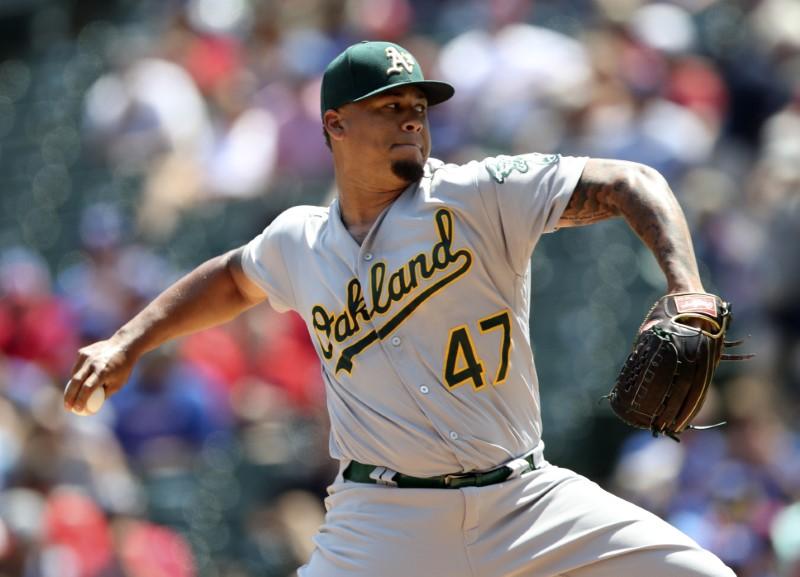 Ostarine is a performance-enhancing substance that helps prevent muscle wasting while improving stamina and fitness.

The 26-year-old Montas was enjoying a breakthrough season with a 9-2 record and 2.70 ERA in 15 starts. He struck out 97 and walked just 21 in 90 innings and figured to have a solid chance at being named to the American League All-Star team.

Montas, who is from the Dominican Republic, accepted responsibility for the “mistake” and apologized to the Athletics and the team’s fans.

“I am deeply saddened to confirm that MLB recently notified me I have tested positive for Ostarine, a prohibited substance under MLB’s Joint Drug Agreement,” Montas said in a statement released through the Major League Baseball Players Association. “While I never…