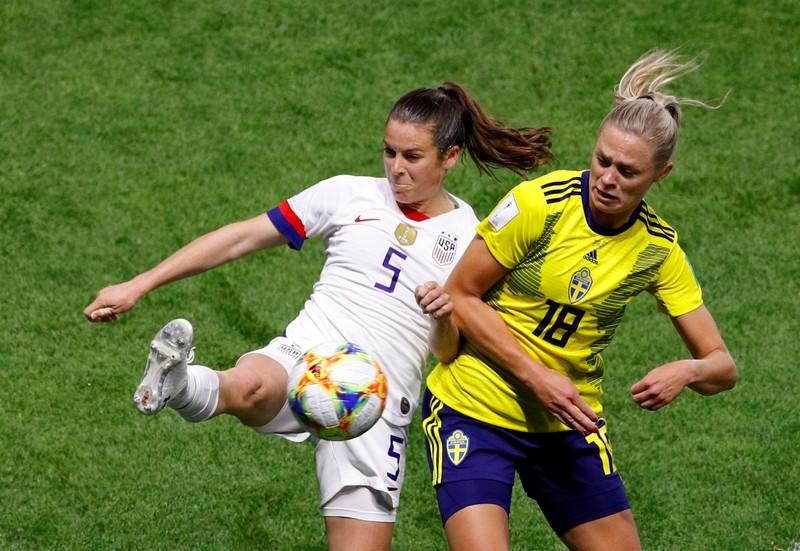 Lindsey Horan netted the tournament’s fastest goal after three minutes and Jonna Andersson scored an own goal as the U.S. beat the record for most goals (18) in the women’s World Cup group stage.

Sweden, who were also qualified before kickoff, finished second in the group with six points and will face Canada for a place in the quarter-finals.

“It’s a good performance and we wanted to continue to build momentum,” U.S. coach Jill Ellis told a news conference.

“We have things to work on to make sure we’re sharper next game, and the players know that. It was a rival game and I thought the players showed a great mentality.”

The U.S. did not concede a goal in the group phase.

“It’s huge and a big part of what we’re trying to do both offensively and defensively. We talk about…