Scotland out after VAR drama as Argentina snatch 3-3 draw 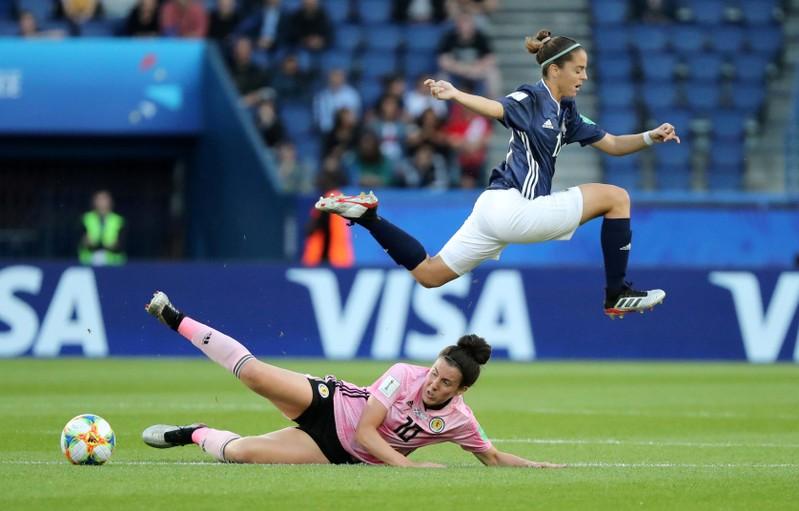 PARIS (Reuters) – Scotland were knocked out of the women’s World Cup on Wednesday after Argentina came back from 3-0 down to snatch a 3-3 draw with a last gasp re-taken penalty following a dramatic intervention from the video assistant referee.

Scotland thought they had survived an almighty scare when keeper Lee Alexander saved Florencia Bonsegundo’s spot kick in stoppage time but the VAR judged the keeper was off her line before the kick was taken.

Bonsegundo made no mistake with her second effort, sealing a remarkable fightback that left Scotland bottom of Group D and out of the tournament while third-placed Argentina kept alive their slim hopes of making the last 16.

“I think we should have put the game to bed. We were on top of the game, but these things happen. It’s football. It gives you incredible highs but also incredible lows and we saw that again…