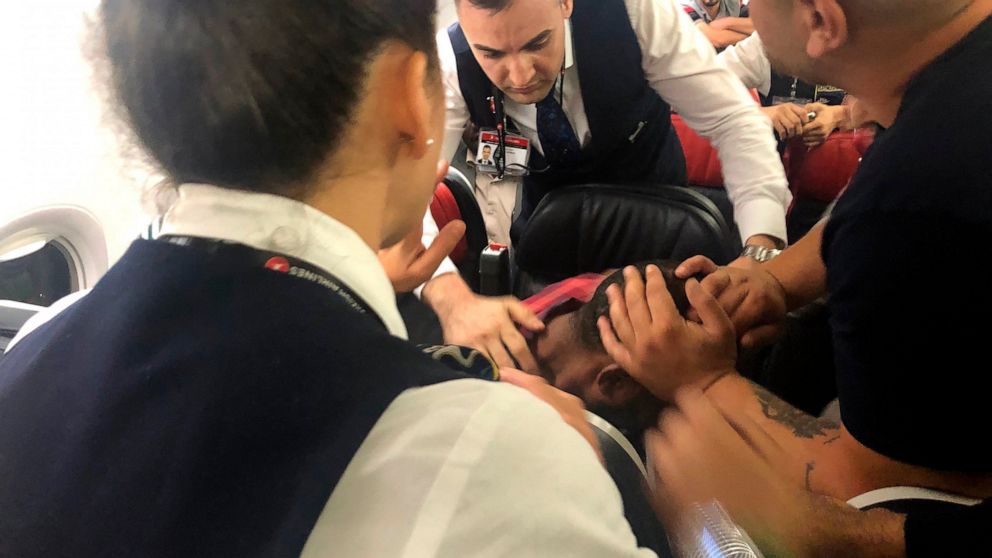 Passengers on a Turkish Airlines jetliner flying to Sudan had to subdue a man who started screaming a few minutes after takeoff and began smashing an oxygen mask box and then a cabin window before pushing flight attendants aside and rushing toward the cockpit.

Associated Press photographer Hussein Malla was on the flight Friday and says several passengers stopped the man in the Boeing 737-900’s business class section. Flight attendants calmed the man down after about 15 minutes and he was taken back to a seat as the plane continued toward Khartoum. Flight attendants said the man was complaining about not being able to breathe.

After about 2½ hours, the pilots announced the plane was returning to Istanbul. A few minutes later, the man suddenly stood up and headed toward the front of the plane, where others grabbed him and tried to shackle him with plastic restraints provided by flight attendants but he resisted.

Passengers were yelling in fear and children were crying.