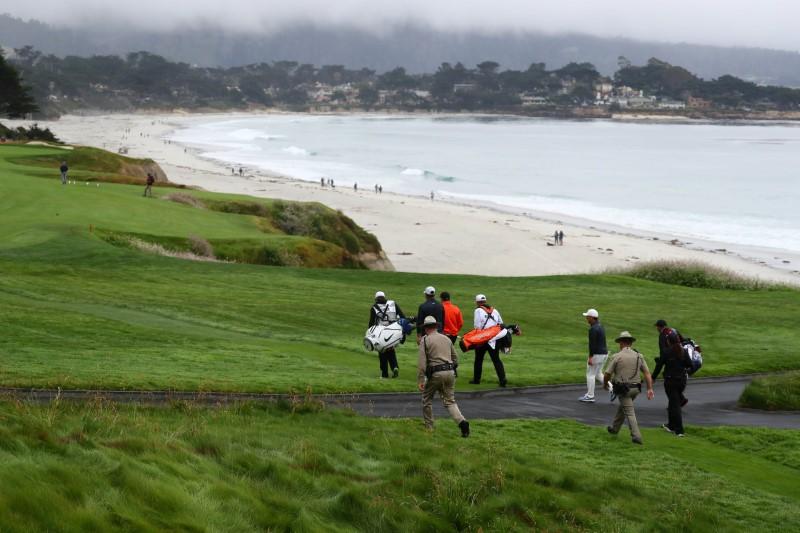 PEBBLE BEACH, CA. (Reuters) – Birdies were harder to come by at the U.S. Open on Friday but a rock steady Justin Rose was able to collect two of them to increase his lead to three shots midway through the second round at a chilly Pebble Beach Golf Links.

Rose, the 2013 U.S. Open champion, led by one shot overnight and added to his advantage with an error-free outward nine to take control of the leaderboard at eight-under.

He was three clear of Rickie Fowler, Xander Schauffele and South African Louis Oosthuizen, who are among the late starters.

Plundered by the world’s best on Thursday with 39 golfers getting under par there appeared to be no record low scores, like Rose’s 65, to be had from the scenic layout on Friday.

Englishman Rose, who matched the lowest round ever for a U.S. Open played at Pebble Beach, was slow to heat up on an overcast morning as he opened with five straight pars before collecting his first birdie of day at the par four 15th.

Playing the back nine…