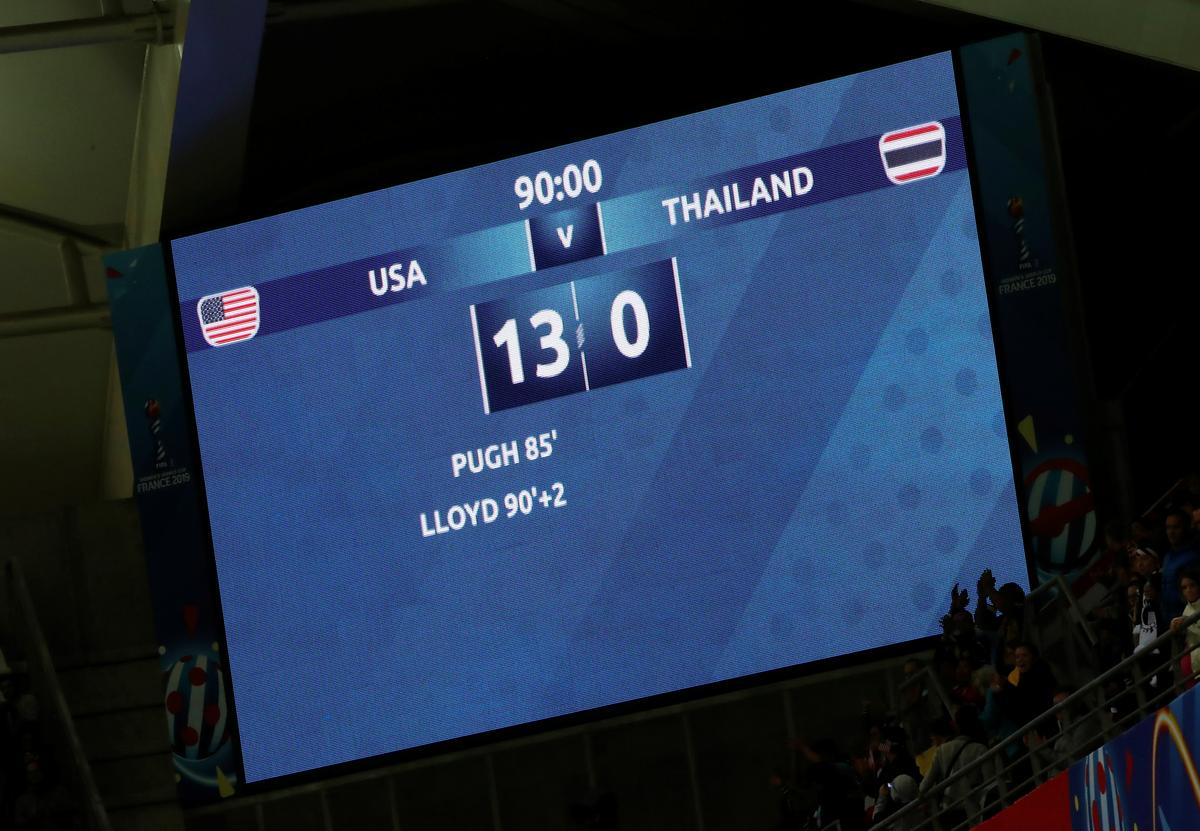 (Reuters) – A Miami bar that offered customers “free shots” for every goal scored by the United States at the Women’s World Cup has scaled back its offer in the wake of the team’s record-breaking 13-0 thrashing of Thailand this week.

The American Social Bar & Kitchen used its social media page for the promotion, clearly not expecting the U.S. to rack up the tournament’s biggest-ever win in their opening game in Reims, France on Tuesday.

The rampant U.S. team, a traditional powerhouse of women’s football, face unfancied Chile on Sunday but thirsty Florida customers should not be expecting another night of multiple free shots and will have to settle for a single drink.

“Our ‘free shots’ promotion is not meant to be taken literally, especially when records are shattered,” a furiously back-pedalling Paul Greenberg, one of the managing partners at American Social, said in an email to Reuters.

“No one expected this, so instead of passing around shots, we have…