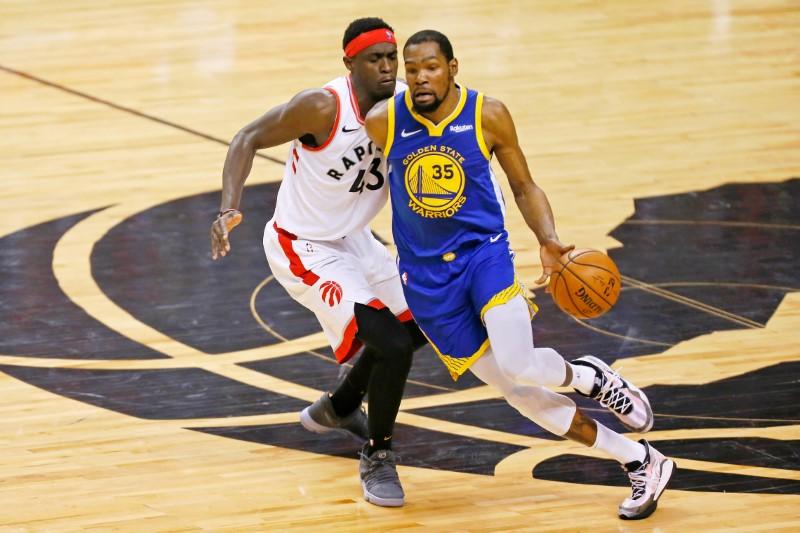 Exercising his option to stay with the Golden State Warriors probably “is the last resort” for Kevin Durant, according to an ESPN report on Wednesday.

Appearing on the network’s “Get Up!” on Wednesday, NBA insider Adrian Wojnarowski said Durant is likely to pass on his option for next season and move on from the Warriors in free agency, unless he can’t find a team willing to sign him in the wake of a serious injury.

Durant started Game 5 of the NBA Finals on Monday, coming back after missing nine games with a strained right calf. He played 12 minutes and scored 11 points before hurting his Achilles.

An official diagnosis has not been released, but it is believed Durant’s Achilles is torn.

Durant would earn $31.5 million next season with the Warriors.

Wojnarowski said Durant, who turns 31 in September, could make at least $38 million a season on even a short-term contract as a free agent.