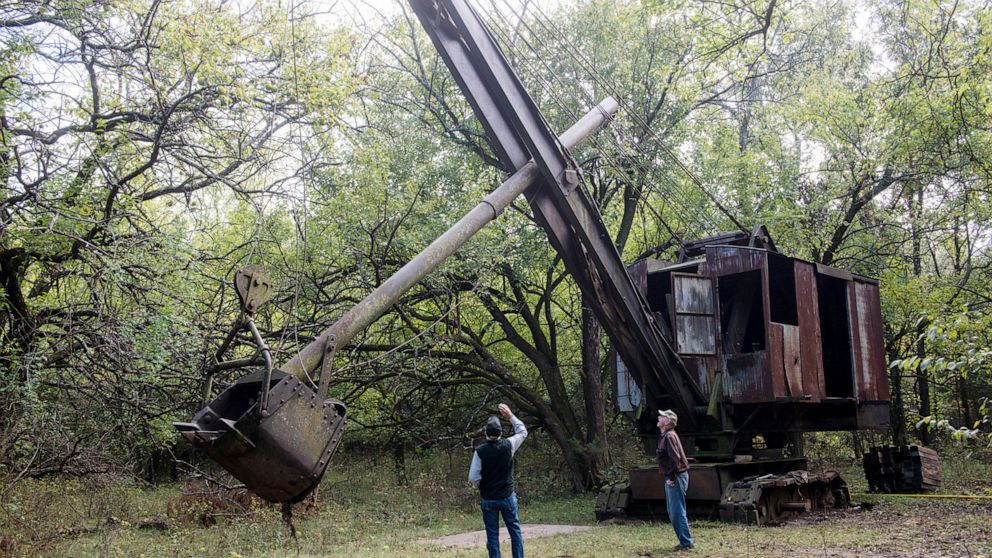 A historic coal mining shovel that was hidden under bramble for more than 70 years has gone on display in southeast Kansas alongside its more well-known successor, an 11-million pound (5 million kilogram) orange giant known as Big Brutus.

The Joplin Globe reports that a ceremony to dedicate the Markley shovel is slated for 1 p.m. Saturday at the Big Brutus Visitors Center, a nonprofit museum in West Mineral.

Coal mine operator Perry Markley designed and built the shovel in the early 1900s using junkyard parts. The machine was one of the first mining shovels to be equipped with a round dipper stick that allowed the bucket to swivel.

It later was used as a prototype to construct other machines like Big Brutus.