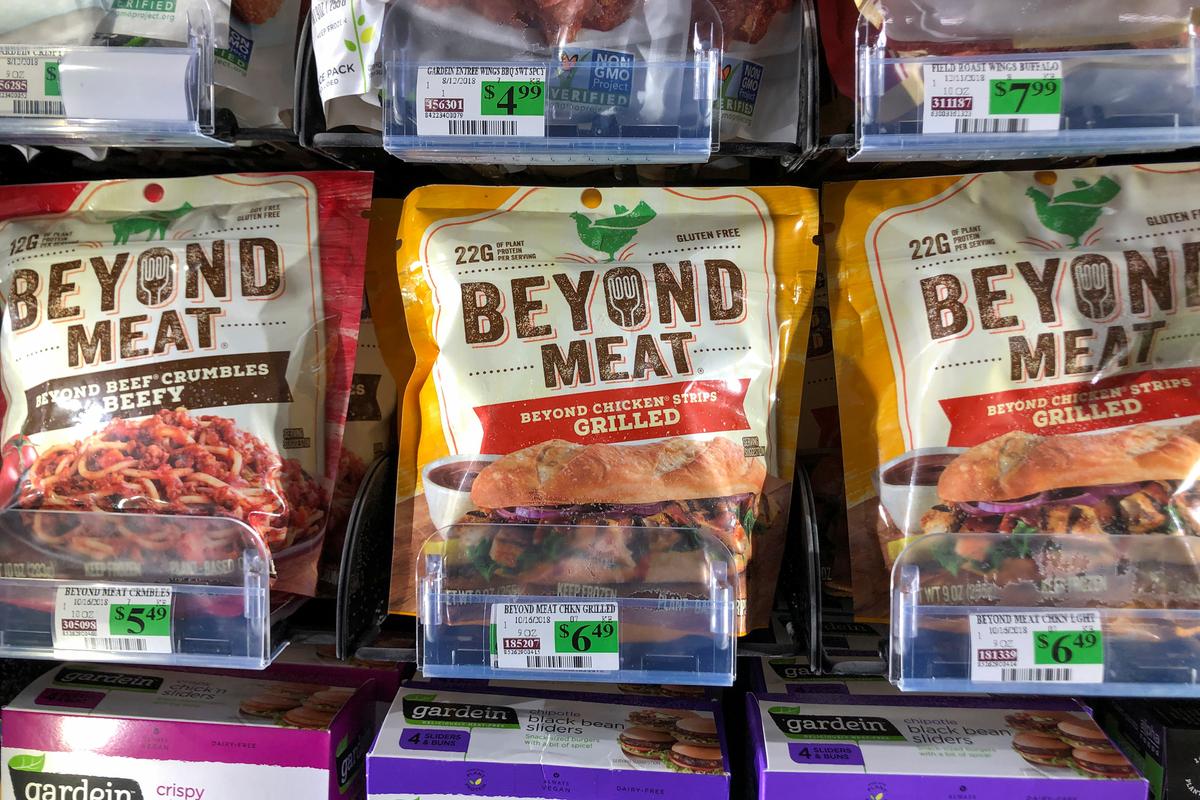 (Reuters) – Shares of Beyond Meat Inc fell as much as 22% on Tuesday after one of the stock’s lead underwriters, J.P. Morgan, downgraded it, saying the exponential growth expected from the plant-based burger was now priced in.

Beyond Meat has surged over 69% in two days since it forecast overall sales in 2019 to more than double.

J.P. Morgan analyst Ken Goldman cut the stock rating to ‘neutral’ from ‘overweight’ and said it was “purely a valuation call”.

The stock, which has quadrupled in value since debut in May, is “beyond our price target”, he said.

Shares of the company were down 19.8% at $134.9 in mid-day trading, but still well above every Wall Street analysts’ price target on the stock.

Goldman raised price target for the second time in three days to $121, after raising it by $23 last Friday on the upbeat forecast.