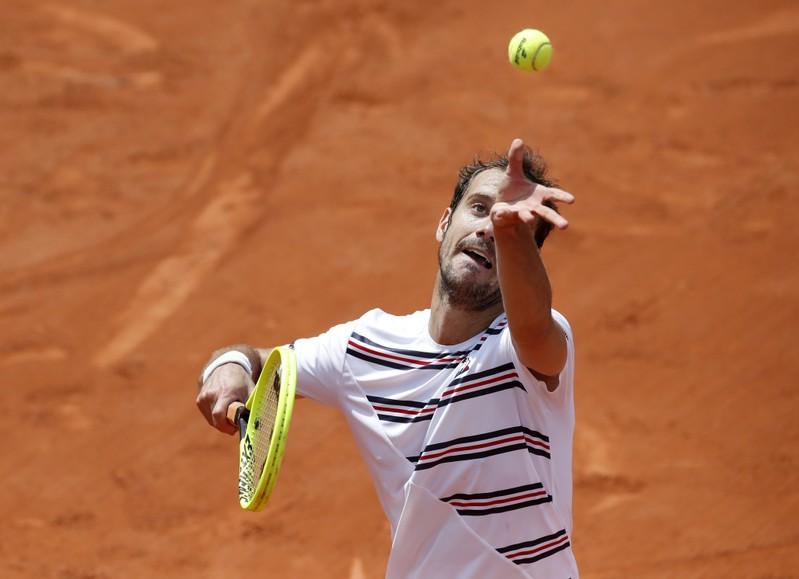 Defending champion and No. 8 seed Richard Gasquet withstood 21 aces by Slovenia’s Aljaz Bedene and rallied for a 6-7 (3), 7-6 (5), 6-4 win Tuesday in the first round of the Libema Open in s-Hertogenbosch, Netherlands.

The 32-year-old Frenchman was on the ropes with Bedene serving at 5-5 in the second-set tiebreaker, but he won the next three points to force the decider. Gasquet broke Bedene twice in the final set and finished the match in two hours and 26 minutes.

Contesting his first ATP Tour match on grass, Canadian teenager Felix Auger-Aliassime broke serve once in each set in a 7-5, 6-3 first-round win against Latvia’s Ernests Gulbis in Stuttgart, Germany….