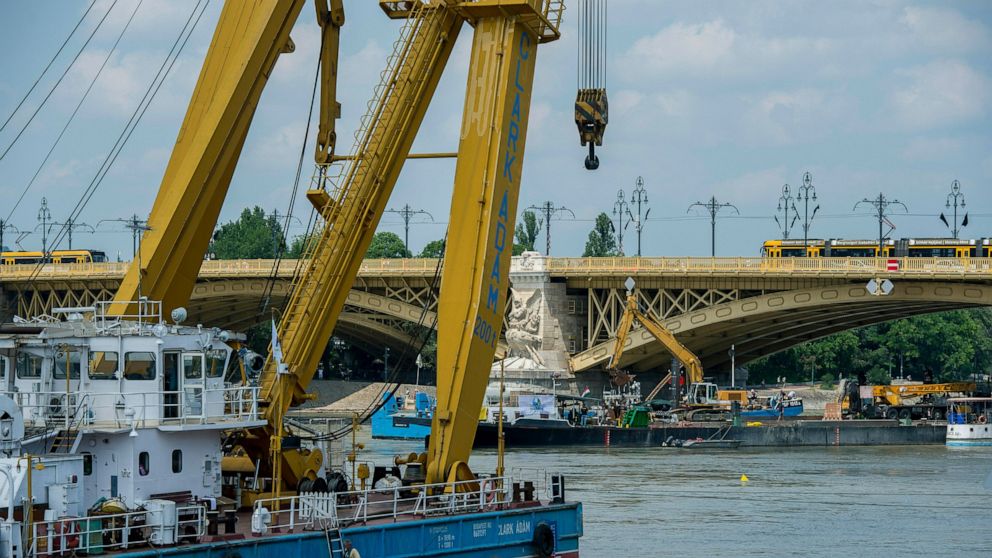 Hungarian rescue officials said Monday they have nearly completed their preparations to start the difficult process of raising a sunken tour boat from the floor of the Danube River.

Eight people are still missing from the May 29 collision between the Hableany (Mermaid) sightseeing boat and the Viking Sigyn river cruise ship at Budapest’s Margit Bridge.

So far, 19 South Korean tourists and a Hungarian crewman are confirmed dead from the collision that occurred late at night and during stormy weather. Only seven people were rescued.

Rescue spokesman Nandor Jasenszky said four wire lifting straps to raise the Hableany have been put in place by divers and that a few other technical and safety arrangements are still pending. A huge floating crane which arrived at the scene of the accident last week was being put in position for the procedure.

“The boat will soon be liftable,” Jasenszky said, adding that the process of lifting the boat, which lies around 9 meters (29½ feet) below…