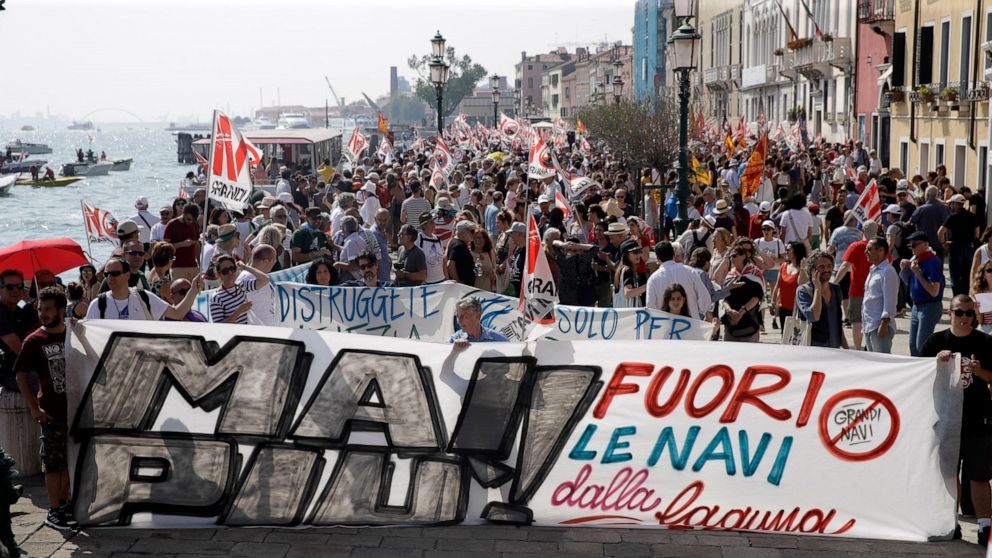 Thousands of people have marched in Venice to demand that cruise ships be kept out of the Italian city’s lagoon.

The protest Saturday was galvanized by a crash six days earlier involving a cruise ship that struck a much smaller river boat in Venice’s Giudecca Canal. The crash injured five people.

Some marchers carried banners that read “Ships out of the lagoon.” Others took to the Venetian Lagoon itself in rowboats and other small vessels to push a yearslong campaign to end cruise ship port calls.

Environmentalists have complained huge cruise liners wear down the city’s fragile foundations in the Adriatic Sea and dredge up the lagoon’s muddy bottom.

Venice’s mayor wants cruise ships rerouted from the heart of the lagoon. The ships disembark thousands of day-trippers.