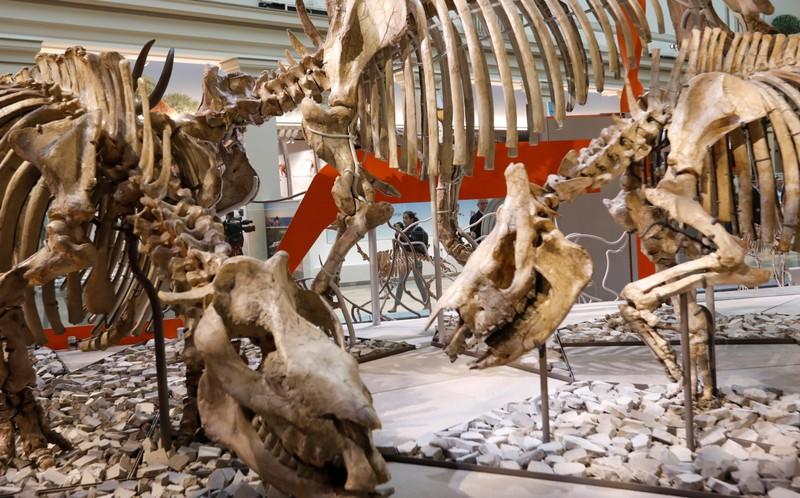 WASHINGTON (Reuters) – A dramatic scene from the twilight of the age of dinosaurs – a T. rex feasting upon a horned plant-eater named Triceratops – will greet visitors when an ambitious new fossil hall opens on Saturday at the Smithsonian Institution’s National Museum of Natural History.

Construction of the hall at the federally administered Washington museum cost $110 million: $70 in public funds and $40 million in private funds. It replaces a fossil hall that was last renovated in 1981 and closed in 2014, bringing up-to-date scientific information to an exhibit that had become out-of-date at one of the world’s leading natural history museums.

The Tyrannosaurus rex, found in Montana in 1988 by amateur fossil hunter Kathy Wankel, measures 38 feet long (11.5 meters). The Triceratops, nicknamed Hatcher, is 20 feet (6 meters) long. The skeletons are mounted with the T. rex, one of the largest meat-eating dinosaurs, standing over the fallen Triceratops.

“I knew that we needed…