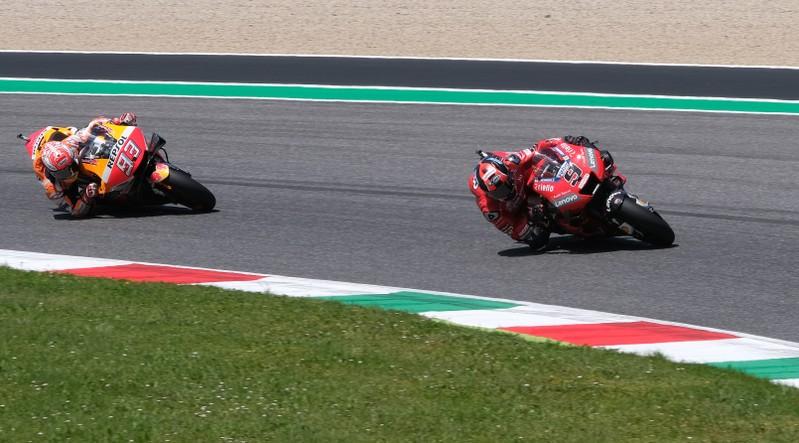 (Reuters) – Ducati’s Danilo Petrucci claimed his maiden MotoGP victory in front of his home supporters at the Italian Grand Prix in Mugello on Sunday.

The 28-year-old, who started third on the grid, cruised to victory in 41 minutes, 33.794 seconds ahead of Honda’s world champion Marc Marquez and his team mate Andrea Dovizioso.

In a pulsating encounter, which saw the lead change hands on several occasions, Petrucci picked his moment in the final lap to deny championship contenders Marquez and Dovizioso.

Championship leader Marquez moved up to 115 points in the overall standings, ahead of Dovizioso (103) and Suzuki’s Alex Rins (88), who finished the race in fourth place.

Reporting by Hardik Vyas in Bengaluru, editing by Pritha Sarkar