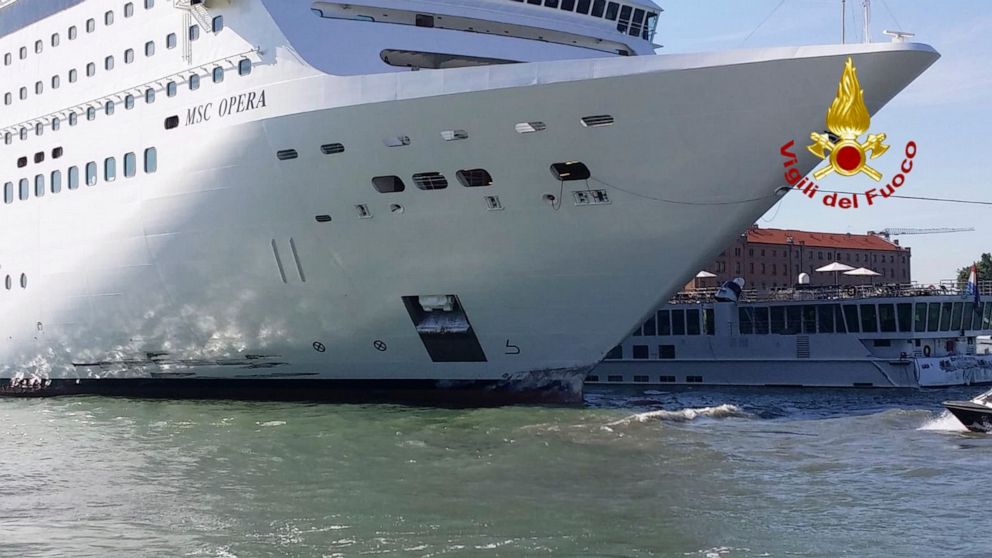 A towering, out-of-control cruise ship rammed into a dock and a tourist river boat on a busy Venice canal on Sunday morning, injuring four tourists and sparking new calls for placing restrictions on cruise ships in the famed but strained tourist city.

The collision happened about 8:30 a.m. (0630 GMT) on the Giudecca Canal, a major thoroughfare that leads to St. Mark’s Square in the northeastern Italian city.

The cruise ship, apparently unable to stop, blared its horn as it slammed into the much smaller river boat and the dock as dozens of people run away in panic.

Elisabetta Pasqualin was watering plants on her terrace when she heard warning sirens and stepped out to see the crash.

“There was this huge ship in a diagonal position in the Giudecca Canal, with a tugboat near which seemed like it couldn’t do anything,” she said.

She described the ship “advancing slowly but inevitably towards the dock.” She said “the bow of the ship crashed hard into the bank with its massive…