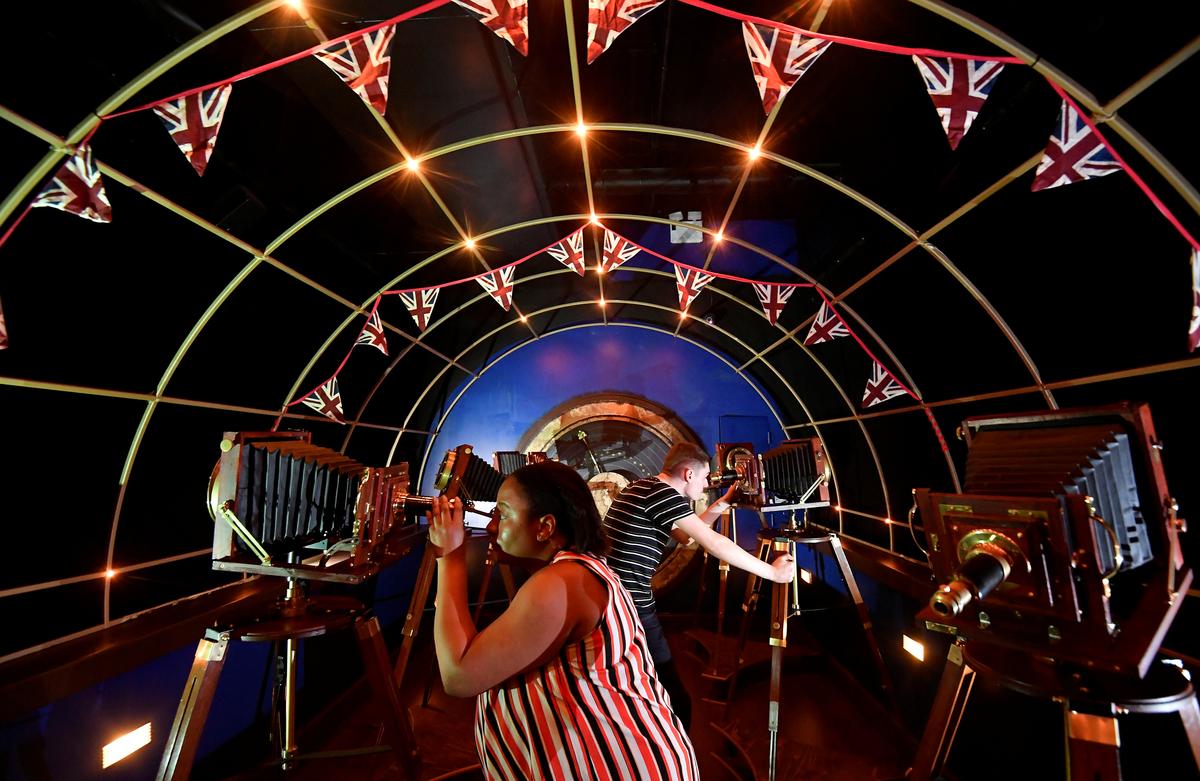 LONDON (Reuters) – Twenty-first-century Londoners will be transported back to the late 19th century of H.G. Wells’ “The War of the Worlds” to join a fight for survival after a Martian invasion in an interactive experience featuring theater and virtual reality and holograms.

“The War of the Worlds: The Immersive Experience”, which opens in London on Friday, is based on composer Jeff Wayne’s multi-million selling double-album musical version of the Victorian novel that has terrified generations.

Participants witness the invasion on Horsell Common in Surrey, south of London, experience the march of the fighting machines to the capital, and flee the invasion on the River Thames, in scenes that intersperse virtual reality with live-action characters from the novel.

Wayne, who released his musical version in 1978, said the new show was “multi-sensory experience” that deployed hi-tech virtual reality and traditional elements of theater such as special effects.