Eight tie in U.S. spelling bee as organizers run out of challenging words 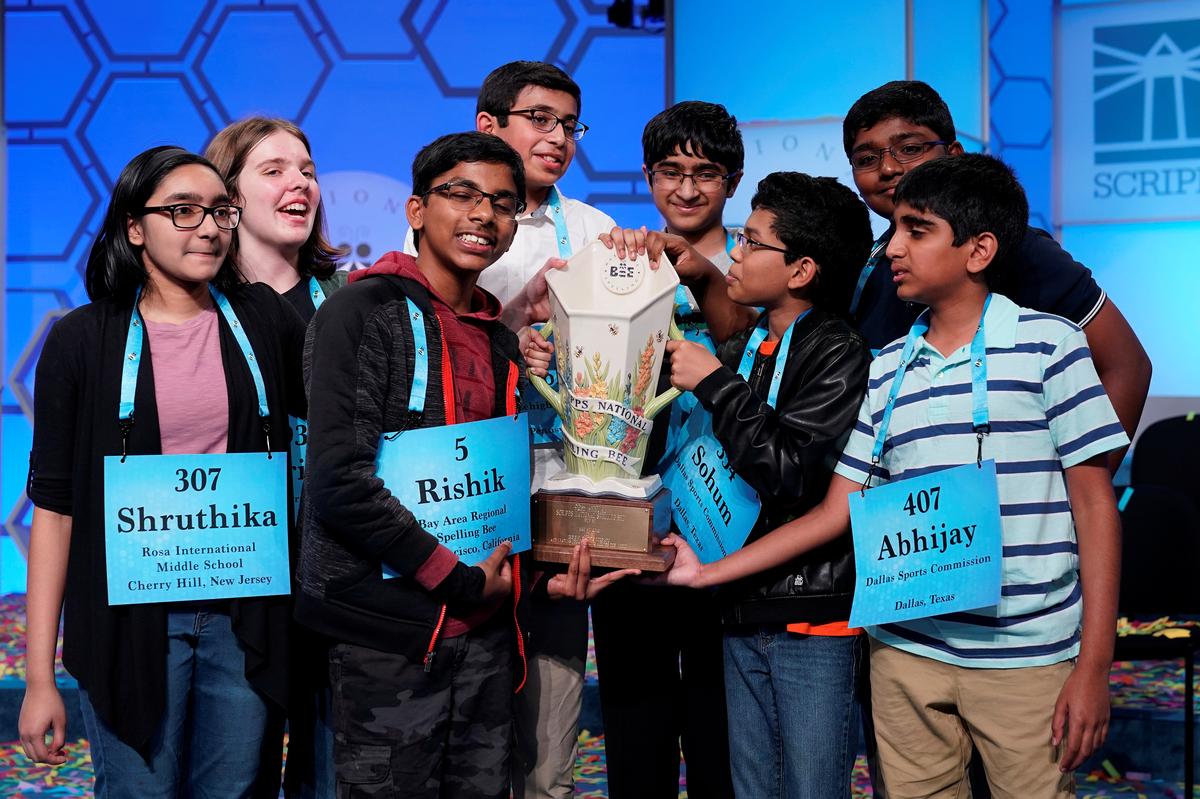 OXON HILL, MD. (Reuters) – Eight young super spellers beat the dictionary to be crowned co-winners of the Scripps National Spelling Bee, in what officials said was a first since the U.S. word contest started in 1925.

After a marathon session stretching into early Friday, the contestants simply could not be separated. Each winner received a $50,000 prize and a trophy – and they coined their own word for their joint success, “octochamps.”

The competition started on Tuesday with 562 word whizzes from across the nation, U.S. territories and six other countries: the Bahamas, Canada, Ghana, Jamaica, Japan and South Korea.

Officials say that while there have been co-champions in the past, there have never been eight.

The final round that started on Thursday night was televised live across the United States.