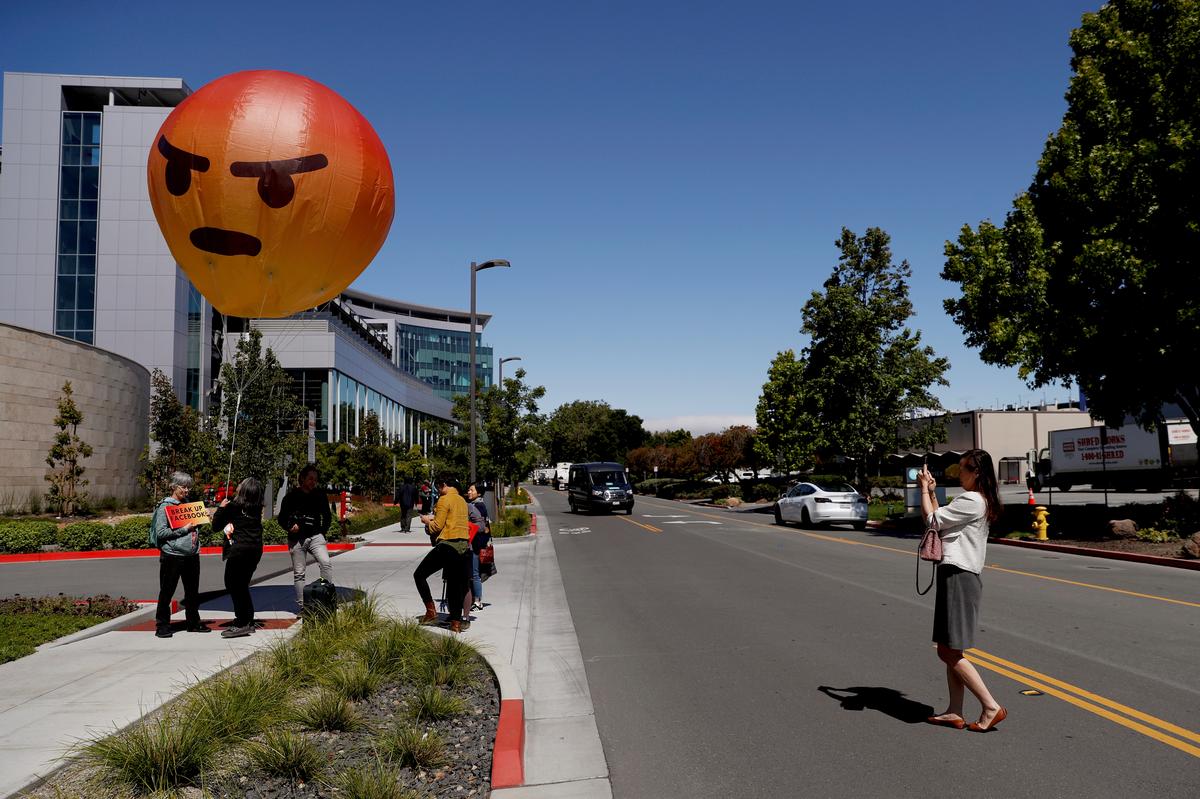 MENLO PARK, Calif./BOSTON (Reuters) – Protesters carrying an inflatable angry emoji greeted Facebook Inc shareholders as they gathered for the company’s annual meeting on Thursday, the latest sign of its struggle to shake off privacy scandals and rein in fake news and hate speech.

The measures had little chance of succeeding, as a dual class share structure gives Zuckerberg and other insiders control of about 58% of the votes. Many investors have shrugged off the scandals swirling around the company, as it has beaten Wall Street’s estimates for revenue growth and continues to add users globally.

Zuckerberg declined to answer a shareholder question on why he would not agree to create an independent board chair, instead restating his view that…