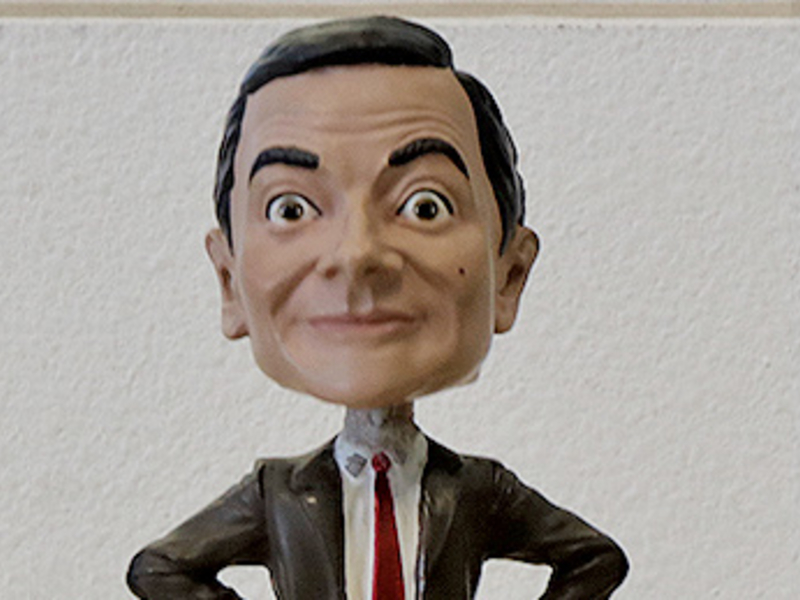 The dealership’s service department awards a Mr. Bean bobblehead as the prize in an ongoing sales contest among its 12 service advisers. Each time an adviser sells an alignment, he or she takes possession of Mr. Bean until the next sale.

Other objects — a replica Toyota Racing helmet, a bobblehead of NASCAR driver Kurt Busch, a rock with the image of actor Dwayne Johnson, who is known by his nickname, The Rock — are prizes in other contests among the advisers for sales of tires, brake jobs and Toyota Care Plus maintenance plans.

Three times a day, at random, a timer sounds in the shop. Whoever holds one of the prizes tosses two dice and wins $2 to $12 per roll, depending on which number comes up. The advisers are immediately paid in cash.